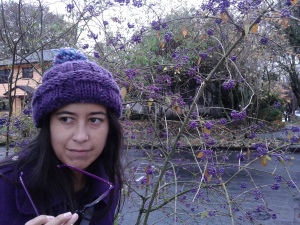 If you’re not heading to somewhere sunny for Spring Break, there are still things to do in the rain. I will thoroughly enjoy watching the Oscars on Sunday, March 4th, will plenty of pizza and dranks. I didn’t see everything everything like I normally do, but hey, I was busy watching the Olympics.

There is still time to catch some movies at the 41st Portland International Film Festival! It’s running through March 1st.

Mic Crenshaw and Amenta Abioto will be at the Alberta Street Pub on Friday, March 2nd. Nice little venue! I like the tables in the back. They make a mean Cadillac margarita there.

My friend DJ DMoe Funk was recently diagnosed with a rare and aggressive cancer. There will be a birthday party and benefit for him at the Starday Tavern on Saturday, March 3rd from 4:00 p.m. until very late. There will be various DJ’s and “Shaq Attack” shenanigans. I cannot think of a better cause to party!

Chance Hayden will be playing at The 1905 on Saturday, March 10th. Get in some jazz if you missed the festival. Bonus – no cover.

A Tribe Called Red will be at the Wonder Ballroom on Tuesday, March 13th.

Tough call – Tezeta Band at the Jack London Revue or an impressive bill of There Is No Mountain and Down Gown at Turn! Turn! Turn! on Friday, March 16th.

Minden will be at Rontoms on Sunday, March 18th.

Oh, here’s a GOOD one – Phone Call AND My Body at The Liquor Store on Tuesday, March 20th!

Another tough choice on a Friday – Fringe Class at Trash Mountain or this new Blackout 90s night at the Jade Club on the 23rd. Hmmnnnn.

Another good one at The 1905 on Thursday, March 29th – Michael Raynor. He’s a pretty swell drummer. No cover.

So excited that In The Fade will finally be coming to Cinema 21 starting March 2nd.

Cleopatra in 70mm is currently playing at The Hollywood Theatre.

The Last Jedi, Molly’s Game, Hostiles and my new favorite film of all time, Loving Vincent, are currently playing at the Laurelhurst Theater.

ADX on SE 11th Avenue will be having a showcase of artisan wares on Friday, March 2nd.