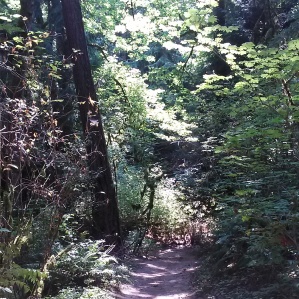 September is my favorite month in Portland. I love to meander through the vast Oregon vineyards and discover new wineries and visit the tried-and-true. To get you started, here is a small handful of my favorite places to sip the good life.

Another fun thing to do is to drive the “Fruit Loop.” Thanks to our temperate climate, there’s usually something to taste at the height of whatever season. But September is when the first of the apples and pears are ready to pick. Don’t forget that many fruit stands give you a discount for being a resident or Portland or Oregon!

Pick up a map or view online: www.hoodriverfruitloop.com

Thursday, September 1st is Tender Age’s album release party at Holocene. Soft Kill also on the bill. This will be a good one for you gothy kids.

Jenny Don’t and The Spurs will be a support band on Wednesday, September 7th at The Liquor Store.

Pushy is finally having their record release on Friday, September 9th at The Know. I still can’t believe it’s closing soon!

I always enjoy Believe You Me at The Liquor Store on second Saturdays. On September 10th, check out the latest electronica.

In Madrid, I went to a huge beach party in an unused military square. I loved what the DJ was playing – Columbia’s Bomba Estéreo. They will be at the Wonder Ballroom on Tuesday, September 13th. There will no better dance party this month.

A Possible History of Dance Music, on Friday, September 16th at Holocene, is always refreshingly different. Get there at opening to hear the rare, early stuff.

Bittersweet – it’s The Student Loan’s last gig ever on Friday, September 23rd. Bid farewell to the band at Laurelthirst Pub.

Round out the month nostalgically. Snap!, Holocene’s tribute to the 90s, is on Friday, September 30th.

One response to “Stephanie’s Portland Picks for September”